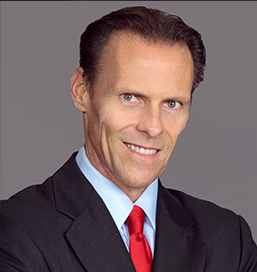 James is an in-demand lecturer on estate, retirement and business protection. James is licensed as an attorney and practices estate planning, asset protection, tax and corporate transactions. He is author of several books including the widely acclaimed financial book, The 3 Secret Pillars of Wealth.

James’ life is about service. He served honorably in the United States Marine Corps’ Force Reconnaissance where he trained in special operations and anti-terrorism. After military service James parlayed his skill set into executive protection and worked for the late Doris Duke. There he assisted her daughter in establishing one of the first family offices to manage personal wealth and lifestyle assets.

James holds two law degrees, (JD) and (LL.M.) Master of Laws in tax and is admitted to practice law by the State Bar of California, U.S. District Court (Central District of California), U.S. Tax Court, and the U.S. Court of Federal Claims. He has represented clients before the IRS to their complete satisfaction and adulation.

James lives in South Orange County California where he is usually found in the gym or pool when he is not working. He was a tri-athlete in the 1980s while living in Hawaii where it all started and practices various types of martial arts and yoga. He is married and has one son who is in law school.